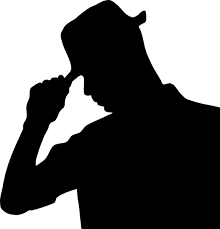 “The day you marry, the day you die, the day you marry, the day you die,” sang the train wheels to John Lennox as the Thames train steamed and whistled its way to Paeroa in August 1902.  Short,  but well built,  the dapper young man sported cropped hair,  a dark moustache that gave him an almost foreign appearance, ready-made but well fitting dark clothes, neat india rubber shoes and a straw hat.  He also wore a white stand-up collar and black tie.  Nothing unusual apart from the pale, untanned skin perhaps, but no-one took notice as the cars gently creaked behind the engine, steam and smoke streaming back towards Thames.

Michael Whelan knew John Lennox but had not recognised him the night before.  As the hotels emptied, Whelan, aged 25, a coach wagon driver who usually lived in Karangahake, made his way to his mother’s house at the back of the telegraph office in Kirkwood Street, Thames.

The turn of the century night echoed with footsteps, voices and laughter backlit by windows fitful with candles and kerosene lamps. Michael Whelan reached his mother’s door and raised his hand to knock. There was no light at all in Kirkwood Street.  The person who slowly approached him from the back of the house uttered not one word.

“Hallo Earnie old chap are you getting home? Have you been on the drink old chap?” asked Michael Whelan before jumping off the vernadah and playfully wrapping his arms round the person.  “I thought he was having a lark with me,” Michael said later after the pull of a trigger scored a bullet’s path across the side of his head.

“The affair wrapped in mystery.  A silent would-be murderer,” the Thames Star would shout the next day.

Detective Miller, with elementary tools of trade and gut instinct, labouring under a cloud covered night, examined the scene, traced the marks of blood and looked carefully at the spot where the scuffle occurred.

At 7 the following morning an overnight boarder at the Warwick Arms Hotel, Shortland, who had declined breakfast saying he had too much to drink the previous night and who had since left for Paeroa by train on a single first class ticket, slid into Detective Millers suspicious view.

There was little time to spare, the boat left for Auckland that afternoon.  He wired Paeroa, the reply was unsatisfactory, so he hired a buggy and made rapid progress by changing horses at Hikutaia.  One hour and 50 minutes later he was there and on the telephone to the shipping company’s office asking for a five minute delay of the departure of the steamer, Taniwha.

Within moments he was on the wharf and aboard the boat.  The deck passengers were closely scrutinised but his quarry was not there.  The saloon, upholstered in red velvet, panelled in polished kauri with cedar sideboards, was searched unsuccessfully.  It was in the smoking room he discovered John Lennox lying down on the lounge with his face turned to the wall.

On the deck of the Taniwha Myra Taylor made a sudden move and Detective Miller feared she was reaching for the revolver, but a bottle of laudanum, three parts filled, fell harmlessly to the deck.  The cork came out and its contents spilled.

At Paeroa police station a search of her portmanteau revealed a change of male clothes, a brown bowler ‘Dr Jim’ hat and, secreted in her pockets skin and hair pigments.  The revolver and a box of cartridges were on their way to Auckland hidden under the cushions of the Taniwha’s smoking saloon.

Myra Taylor, former manageress of a boarding house and refreshment rooms at Grahamstown which she ran with her husband, was brought back to Thames by buggy and lodged in the local goal.  She said “I was mad to do such a thing, I think it must have gone off itself.  I did not know it had touched him till I saw the blood.”  She was in a state of high nervous tension and still wearing male attire.  She had had nothing to eat for three days.
Solicitous Sergeant Clarke and his wife persuaded her to have some food, but she took very little.

Her husband had deserted her, sailing for England about a month before, taking with him one of two daughters.  The youngest daughter had been left with Myra in Auckland.

Detective Miller was praised for the clever manner in which the accused was traced, her identity ascertained and her arrest effected.

Michael Whelan was married that afternoon, although he was suffering some pain.  It was thought at first the ceremony would be postponed, but he was determined to “see the thing” through. Miss Maggie Potts married him for better.  Or worse.

A large crowd trying to catch a glimpse of Myra Taylor gathered at the Thames Police Court.  She wore a black skirt, tartan blouse and high white collar with a white bow.  Her hair was cropped very close under a gem straw hat.  She sat with head bowed, one hand hiding her face, trembling, mute. The clatter of carriages and clop of hooves outside faded as the drama unfolded within.

Myra was charged with attempting to murder a man with whom she had been carrying on immoral intercourse for many years.   Michael Whelan had told her he was going to be married and she told him he would be sorry for it if he did.

“I was not fond of her.  The affection was all on one side – hers.  I frequently resented her affections.  I told her dozens of times I had had enough of her,” Michael Whelan, head bandaged, said.

For five and half years it had been going on, at Grahamstown, Thames.  Myra was married and had one child aged about 8 ½ when he first met her.  Other children were born during the time he knew her, two of which were spirited away, put out to nurse in Auckland.  They were never in Mr Taylor’s house.

During his evidence a court window was lifted with a bang and Whelan shot round as though he was expecting another attack, causing considerable laughter.

He denied writing to Myra in Auckland or calling her “my darling”, asking her to come to Karangahake or signing letters “lovingly.”  They had not corresponded for 18 months.

He used to visit her in Thames because if “I didn’t see her she would have been down the street after me.”  “Because you are so fascinating Mr Whelan,” said Mr Clendon, wryly, during cross examination.

“We parted bad friends.  I said I was about to be married and that I did not want her to be running about after me.  I also said that I intended to settle down.  She said ‘All right my boy.  The day you marry the day you die.’”

Myra cried out hysterically – “Oh how can you tell such lies.  It is a wonder God does not strike you dead.”   Tears were frequent as she upbraided Whelan in court.

Myra pleaded not guilty at the Supreme Court in Auckland, miles from the Grahamstown boarding house.  Michael at last admitted improper intimacy over a considerable period, the last occasion being July in Karangahake, a month before the shooting and a month before his wedding.

He did not know if he was the father of Myra’s children. “A foolish reply,” thundered His Honour. The Defence argued “Whelan was a man whom she loved for whom she had lost home and children and husband.  She was in his arms, her head was on his shoulder, and the facts are consistent with her intention to shoot herself and not him.”

In his summing up Justice Conolly said “She had not only been deserted by this man with whom she had been carrying on immoral conduct, but also by her own husband but the evidence is inconsistent with a suicide attempt . . .Juries must not have sympathies but decide on evidence.”

The jury were not long in finding a verdict of ‘Not Guilty.’  And Myra Taylor, head bowed, hand shading her face, all but disappeared and the excited clattering presses stopped printing her name. 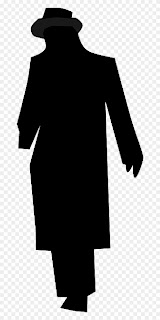 The wheels, like those of justice, turned then suddenly skidded precipitating wagon, passengers and horses 18 feet over the Snake Hill embankment, between Waihi and Waikino.  It was three years on and he left a widow and three young children.  Michael Whelan was found with one of his team of horses standing on him.


Please acknowledge and credit this blog with a source link if using any material from it.  Thank you.

The author gratefully acknowledges the assistance of the Thames Community Board.

Adit: A horizontal passage leading into a mine for the purposes of access or drainage.
Alluvial: Gold deposited by floods, found in river beds or flood plain.
Amalgam: A mix of mercury with another metal. Gold-mercury amalgam is used in the extraction of gold from ore.
Assay: The testing of a metal or ore to determine its ingredients and quality.
Auriferous: Gold bearing
Berdan: An inclined, revolving cast-iron basin containing a heavy iron block.
Bottom/Bottomed: Bedrock.
Colour/the colours: Gold specks visible in a gold diggers pan, or in samples of quartz.
Duffer: No gold to find.
Jump a claim: Take possession of someone else's claim by force or dishonesty.
Lead: Well defined bed of gold bearing gravel or sand.
Long Tom: A device shaped like a long trough used in the alluvial mining of gold.
Mica: Mica is a name given to a group of minerals that are physically and chemically similar. They are all silicate minerals.The word mica is derived from the Latin word mica meaning a crumb, and probably influenced by micare, to glitter.
Payable ground: Ground containing ore (gold) in sufficient quantity to be profitable.
Prospects: An apparent indication of ore/metal.
Quartz Reef: In at least the shallow, oxidized zones of quartz reef deposits, gold occurs in its metallic state, and is easily recovered with simple equipment.
Reef/lode: A mineral vein in rock.
Rush: A rapid movement of people to a newly discovered gold find.
Shaft: A vertical excavation.
Shotty gold: Small granular pieces of gold resembling shot.
Sluice Box: Long sloping trough with grooves on bottom into which water is directed to separate gold from gravel or sand.
Storekeeper's Rush: A gold rush started by a false rumour.
Tucker: Food